In my article about knees, I mentioned that knee problems can be associated with the quadriceps muscles ‘switching off’.  I wasn’t terribly happy with this state of affairs – as a big fan of how the body works, I didn’t understand why we would switch off our own muscles, when we quite obviously needed them.  It just didn’t make sense.  So I set about investigating and this is what I came up with. 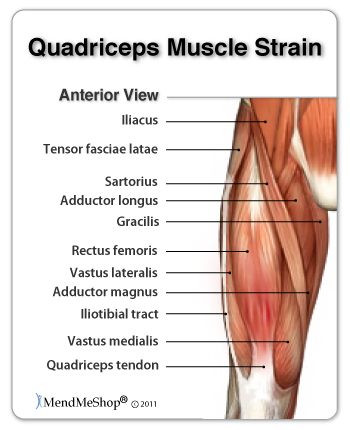 1. It seems that fluid or swelling in the knee, reduces the ability of the quads to fire up (Fahrer H, et al.  Knee effusion and Reflex Inhibition of the Quadriceps. A Bar to Effective Retraining. Journal of Bone and Joint Surgery 70 – B 1988)

In this study, excess fluid was removed from the knee using a needle, and there was an immediate increase in the strength of the quadriceps.   The critical amount appears to be about 15ml of excess fluid (about a tablespoon) on the knee, which will reduce efficacy.  This would not equate to a huge swollen knee, in fact I doubt if most people could spot if their knee was carrying an extra 15mls of fluid.

2. A study by Young in 1980 found that people who had injured their knee had a certain degree of muscle wastage.  The injuries were various including fractures, torn cartilage, ligament damage.  All of the injuries had been repaired and the patients were considered to have recovered.

Evidence pointed to the fact that the leg with the damaged knee was significantly smaller than the non-injured leg. Ultrasound revealed that the smaller leg size was due to the wasting of the quadriceps.

4. The final sub-section of this line of thinking is the role of pain in the function of the knee.  Research points to the fact that the quadriceps will switch off if there is pain on movement.  Clearly this may be related to the three conditions above but Jim Johnson in his book, Treat your Own Knees, feels that it is worth mentioning separately.  I’m not convinced, as I think it is unlikely that there will be many cases where there is knee pain yet there is no existence of fluid, osteoarthritis or existing damage to the knee.  But muscle weakening may be in part to the pain, separate to the other conditions.

Johnson quotes a bizarre study by Bertil Steiner, who applied pressure on to the side of one patient’s knee.  (The patient had a tumour on the side of his knee). Pressure on to the knee and therefore the tumour caused excruciating pain and the quadriceps gave out.  For the purposes of completeness and to reassure anyone who was worried about this poor man (as I was), the tumour was removed, the patient made a full recovery and his quadriceps quickly restored to normal function. Hopefully enough so that he could run away from Bertil Steiner!!

So to summarise, quadriceps that are weakened and wasting may be due to :

So this research points to why we lose the strength and capacity of our quads. But the indications are that with the right rehabilitative exercises, we can have strong quads and avoid this catch-22 situation, that swollen arthritic painful knees turn the quadriceps off and without fully functioning quadriceps we risk getting swollen, damaged arthritic knees.